A book ‘Graham Humphreys – Drawing Blood: 30 Years Of Horror Art’ was published by the Proud Gallery in 2015. This is a limited edition of 500 copies only and includes the hard cover 240 page, 30cm x 30cm book, presented in a clamshell box, signed and numbered. In addition, each box contains one of the edition of 500 giclée prints created especially for this edition, these are also signed and numbered.

A major retrospective exhibition supported the launch of the book at The Proud Gallery, Camden, London. Work in the exhibition included the original artwork for ‘The Evil Dead’ and ‘A Nightmare On Elm Street’, the first time both have been viewed in public (and possibly the last). The book and exhibition followed an appearance on Channel 4’s ‘Four Rooms’ programme, where a deal was struck with the Proud Gallery to produce both the book and the exhibition.

Copies are still available through Amazon and directly from The Proud Gallery. Proud Publishing are the exclusive supplier. 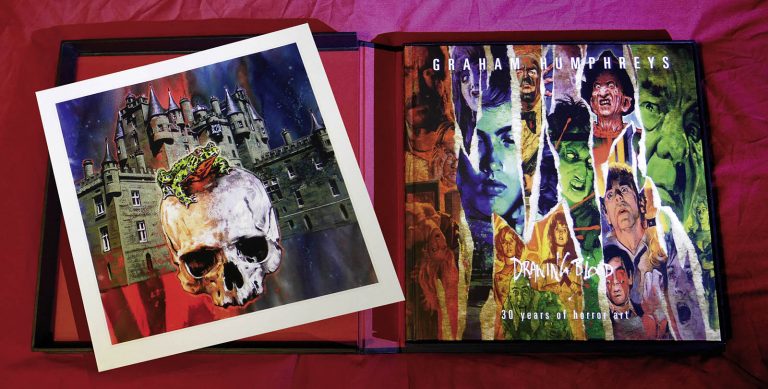